Leidolff (LEYDOLFF), Johann Christoph was born in 1690 and died in Vienna, Austria in 1758. He was the son of Nicolaus Leidolff, and he most likely learned his trade from his father. The father was the founder of the dynasty of Viennese violin makers. Johann Christoph was also influenced in his making from Stainer family of makers, and from makers in Northern Italy, as seen in his scroll and varnish work. Johann worked right up to his death; during his making career he also created a highly efficient workshop employing many apprentices and other highly skilled journeymen and was appointed luthier to the Viennese court. We have a beautiful violin from his workshop circa 1740 in very good condition. The neck has been grafted and the scroll bushed no less than three times. The violin shows the mature work of a luthier who led his guild and who ran a very successful workshop in the capital city of the Austro-Hungarian empire. Johann Christoph’s employees and his wife, who ran the shop after his death, continued to maintain his solid reputation for years even after 1758. This is a testament to the exceptional quality instruments he and his workshop produced. Much credit also goes to Leidolff’s widow, who was able to keep his name in high esteem as she ran the workshop for many years upon his death.
The carved scroll and sound holes of the violin make this instrument unmistakably Leidolff. The purfling is indicative of all his instruments, being very close to the edge of the instrument. The varnish is a dark brown on a golden yellow ground which has darkened over the years, a characteristic of many Viennese classic instruments. The violin has meticulously been gone over in our workshop and we have also added a new finger board and the entire set up: bridge, soundpost, along with all of the ebony fittings. This Leidolff violin is significant in its place in musical history and is in good condition.

The sound is a Wow! The bottom G and D string are warm and mature. The sound is inviting and lays on the darker side of the tonal palette. The instrument speaks well, and the response is impressive. A beautiful sound continues in the higher positions and the treble side is equally impressive with its tonal color and clarity. The sound is like the best chocolate you have ever tasted: wow color, smoothness, and flavor. The history of this instrument is just so cool, and the sound of the instrument is on another level. It is perfect for the player looking for that older, more mature quality sound and can appreciate the quality of a violin made in the 1700’s. 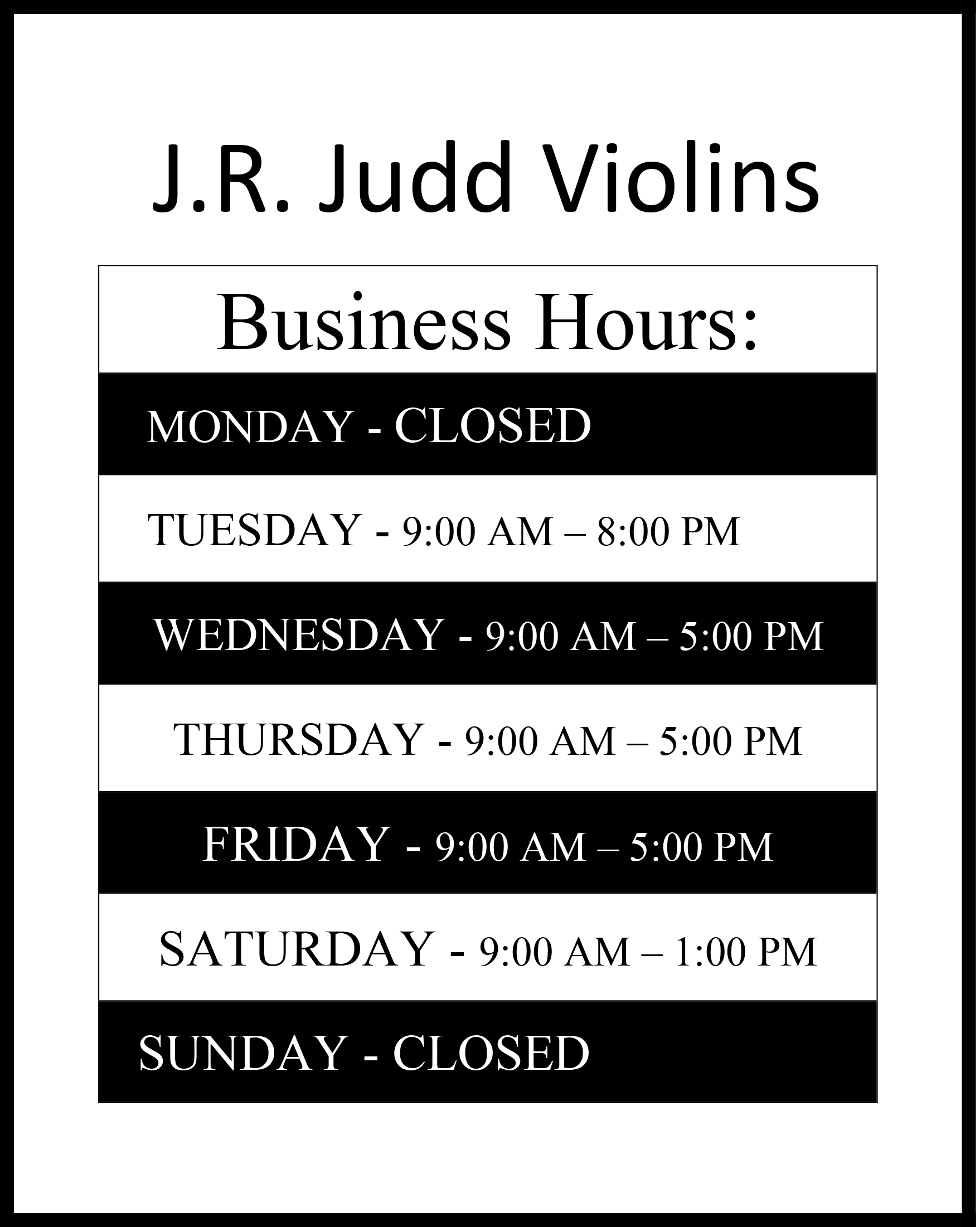