Eugene John was a member of the esteemed Albert family of violinmakers of Philadelphia.  He was known as an award-winning maker, businessman, and inventor.  He worked closely throughout his life with his father, John, a lawyer and violinmaker who emigrated from Germany to the United States during the 1840s.

This splendid violin offers the serious player a very dark low end while delivering power and presence across its entire range.  E.J.’s craftsmanship is on full display here as evidenced by the fine carving, wood selection and strikingly deep red/brown varnish.

Without question, this violin’s rare combination of singular tone and provenance make it a wonderful piece of turn-of-the-century American violin making. 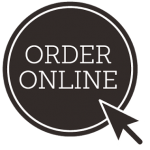